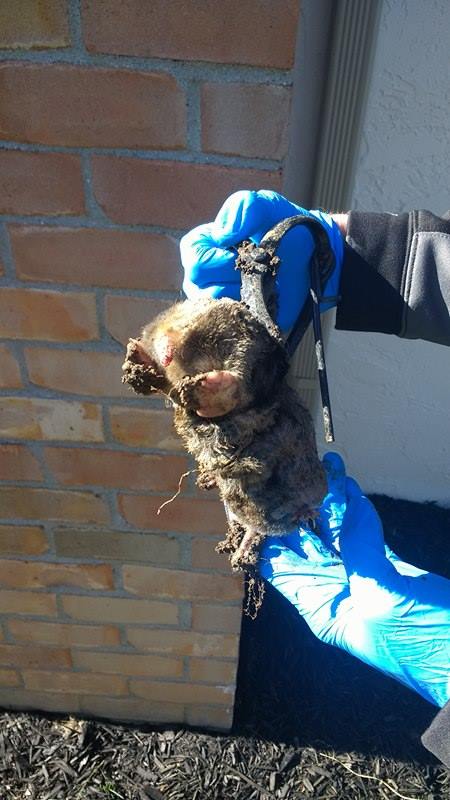 Mole damage to yards and mulch beds can be a very frustrating problem in central Ohio.  The most common symptoms of mole infestations are large mounds of dirt on the grass, tunnels through the turf and spongy, sinking sections of yards & lawns. Mole populations are not evenly distributed around central Ohio. The northwestern, northern and northeastern areas have the highest mole population and occurrence of mole damage.  Cities like Dublin, Powell,  Hilliard, Delaware, Lewis Center and Westerville have the highest levels of mole activity in central Ohio, while eastern & southern parts of Columbus have virtually no mole problems at all. The quality of soil plays a big role in this.

There are likely several factors contributing to the high mole population in these areas. Eastern moles prefer moist, sandy, loamy soil that is well drained, and not particularly gravelly or high in clay content. They are all built on the historic flood plain of these river systems. The soil left behind is very rich and fertile and full of moles favorite food, insects. Earthworms, grubs, and other insects make up their diet. They consume 70-100% of their body weight each day. This consumption requires areas that have an abundance of food present.

These areas are also home to very well manicured lawns and golf courses. Lush lawns and mulch beds will hold moisture very well. Earthworms and grubs thrive in this moist habitat; so do the moles in search of food, being the earthworms and grubs which are available in abundance. Land that was once woodlands, meadows, and fields is now suburban neighborhoods and golf courses. Moles have survived here for thousands of years and haven’t gone anywhere; in fact, they are still thriving, regardless of how many pest control companies are available to trap and capture them.

A seemingly obvious answer to high rates of mole problems in Central Ohio would be “treat your yard for grubs and eliminate the food source.”  Unfortunately, most of the time this is not effective in eliminating your mole problem. Treating your yard for grubs can exterminate the grubs, but moles will readily feed on earthworms and other insects in the ground, which the grub treatments had no effect on. Trapping /removing and poisons are the two most effective tactics for mole control. Buckeye Wildlife Solutions technicians have years of experience at trapping and removing moles and offer several options for managing the mole population on your property.